Taking the Beaglebone Black out for a walk[edit]

Beaglebone Black is a low-cost, open source, community-supported development platform. Boot Linux in under 10-seconds and get started on Sitara™ AM335x ARM Cortex-A8 processor development in less than 5 minutes with just a single USB cable. BeagleBone Black ships with the Ångström Linux distribution in on-board FLASH. (Excerpted from the TI website) 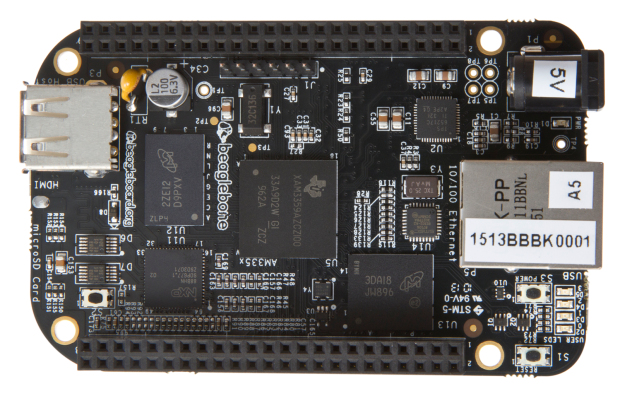 The coolest thing of all may very well be that the Beaglebone Black fits into an Altoids mint tin. 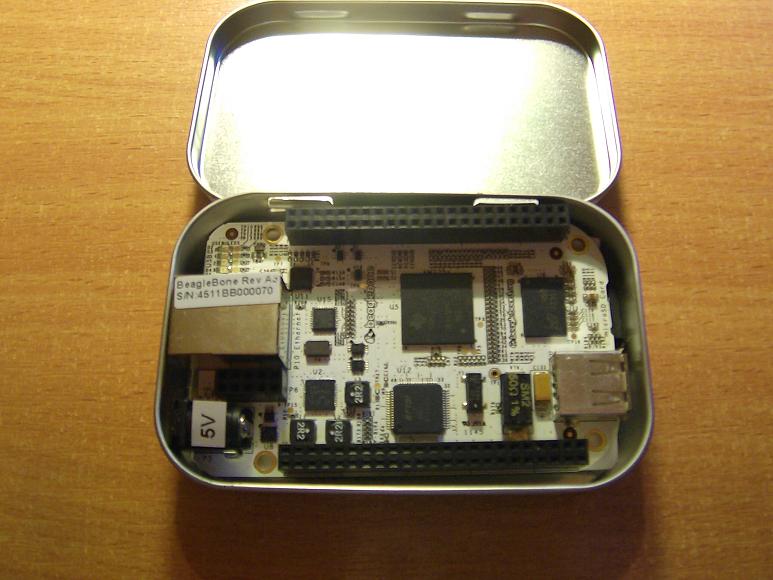 After working with the BeagleBone Black (BBB) for a couple of days we have some quick impressions (May 2014).

Although having 2 GB of flash memory available to hold the OS sounds great, it really doesn't take long to fill it up. The Angstrom distribution has a log file which chatters constantly due to a debug message which was turned on. Any instructions which say to do a 'dmesg' to get a driver running may not work since it may have fallen off the back of the dmesg log.

The Adafruit's Miniature WiFi (802.11b/g/n) Module: For Raspberry Pi and more was a read dud for a bunch of reasons. They are not so much BBB issues as issues with the NIC.

The Adafruit site claims "its supported by the Bone's Angstrom installation that comes with each Bone" but their tutorial page says: This tutorial may not work on Beaglebone Black or the latest versions of Angstrom (kernel 3.8+) due to changes in the OS. We're working on a new/updated tutorial, but we don't have an ETA - we'll post it as soon as we can! Thank you for your patience. This message is undated so we can't tell if it's been there a while or not. We do appreciate the warning but we bought the part based on the sales page and didn't see the warning before we bought the part. We would have bought a part that actually worked and was supported if we knew it didn't/wouldn't work. It's our pet peeve when people thank us for our patience. We are not all that patient. There are a lot of people complaining about the part on the Adafruit forums. Adafruit's tutorial instructions say to update the kernel but the sales page said that the module works with the kernel. After hours of messing around with it, we sorta got it working. But not really. We never saw it actually connect up. It may have range problems.

Here's notes (not ours) on the NIC:

I now have reliable Wifi on my BBB (A5A) with an Edimax dongle (rtl8192cu). The problem is not the driver/board (in my case), but it was apparently ages old versions of connman and wpa_supplicant. I'm using the firmware binary downloaded from debian repo and then compiled the latest connman (1.16 iirc) and latest wpa_supplicant (2.0) from sources right on the BBB itself and did a make install. Here's another listed solution:

I discovered that I had two wpa_supplicants running! I commented out the pre-up line from the /etc/network/interfaces as found on octopusprotos and now things seem to be working swell. Another:

being G and considering that my phones data connection runs circles around my home data connection (best i can get in BFE unless i spend almost triple for only double the speed).

Where the Beaglebone Black really shines is I/O support.

The Adafruit ProtoPlate is a great way to experiment with the I/O capabilities of the Beaglebone Black. We have used one of these for the Arduino and they are really handy for relatively small breadboard circuits. 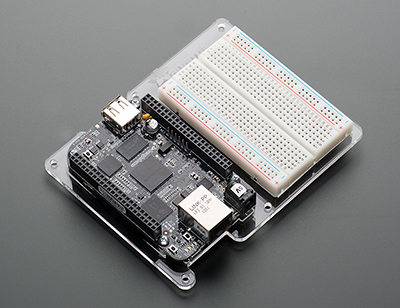 Setting a Static IP Address on the BBB[edit]

Add to (or change) /etc/network/interfaces