Welcome to Our 3D Printer Page[edit]

We looked at a few different popular 3D printers at the 2012 Mini Maker Faire in Pittsburgh, PA. Many of them were Reprap style printers.

After talking with the Makers there, we decided to make a MendelMax 1.5 3D printer (inspired by this one). 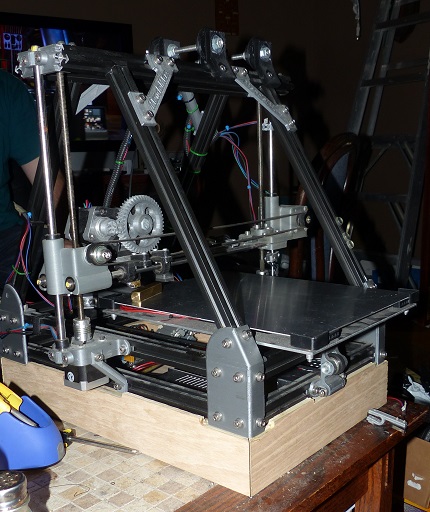 The vendors of complete kits were out of available stock so I bought individual parts myself based on the MendelMax 1.5 Bill of Materials Here are the parts that I ordered along with notes and caveats.

Here is some of the software to use the 3D printer.

In Jan 2016 we upgraded to Utilbots Linear Y-Axis design

The following is taken from Instructions to run bed at 24V

Still on the ground